Inrotech-Microtwin to be implemented by Harland & Wolf 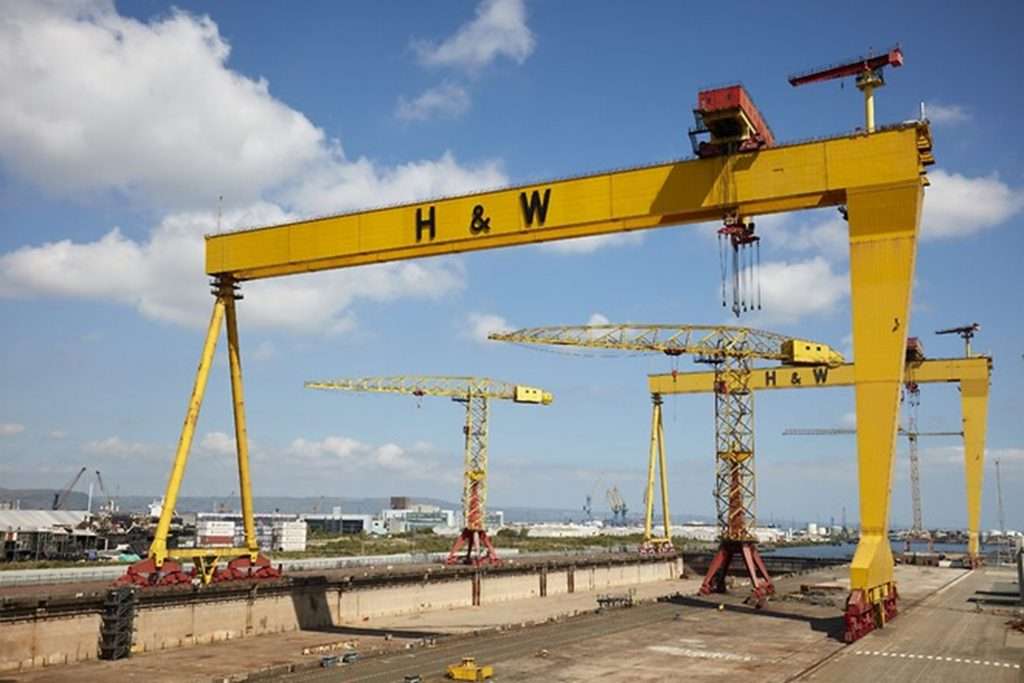 Inrotech has landed an order with the British shipyard Harland & Wolff, whose roots go all the way back to the mid-19th century.

The shipyard is located in Belfast and is probably best known as the shipyard that built the Titanic. Now the honored shipyard is on its way into the robot age with a delivery from Inrotech. We have a product named Inrotech-MicroTwin, which is a gantry for two robots – hence the twin name.

The robot initially scans the objects, then there are sensors that find the start and end point of each welding string and then we start welding. It doesn’t require any CAD drawings, programming or anything else. That’s what Harland & Wollf have fallen for. Thus, they do not need backend engineers, and they do not need to transfer CAD drawings.

The robot is to be used for welding micro panels for shipbuilding. It can be panels of 15 meters in length and is usually 2-3 meters in width, which is assembled later in the shipbuilding. The customer has bought extra rails, so that they can all operate at 32 meters. Then they can weld in two zones – that is, weld in one zone and prepare in another and vice verca. This means that it can run non-stop.

Harland & Wolff is today owned by the British group InfraStrata, which took over the yard last year. Now they are in a rapid development and they are going to adjust again.
Going according to plan, Inrotech’s robot will be operational at the Belfast shipyard in early 2021.
Usually the customers come to us and see some demos or we visit them and have to watch their production and so on. It has not been the case here. Everything has run as online meetings. We have brought them online down to our workshop to see some things, and then we have a really good customer, and shipyard in Romania, and there we could take them down online and see a MicroTwin out in production. Because we have cameras for online support on all our robots