We are the disrupters of our industry, pioneering twenty-first century
shipbuilding, offshore, wind & Hydro and heavy industries with bold ingenuity

One of our trademarks is Inrotech’s mobile welding robot solutions, where you take the robot to-
or even into- the object. Ideal for construction sites, for the welding of large structures
or simply whereyou wantrobots to fit into your existing workshop flow

Inrotech was founded in 2010 by Flemming Jorgensen.
Having long working experience with robot technology, an idea for an entirely new paradigm within welding robot technology formed in his mind, while working on a contract for the Maersk owned shipyard “Odense Steel Shipyard” (also called Lindoe).
The idea was based on two main conceptual components:
1. Instead of huge gantries with large and heavy semi-stationary robots, which were operating in dedicated production areas where the large components were transported in order to be welded, why not make it the opposite way around: Make small, mobile robot solutions, which can be moved to- or even into- the work-objects.
Without compromising welding efficiency, this offered several advantages to the traditional gantry-based solutions: lower cost, less transport of large structures and flexibility to move to different working areas.
2. No programming. Beside saving time for programming it does not require highly qualified robot engineers. 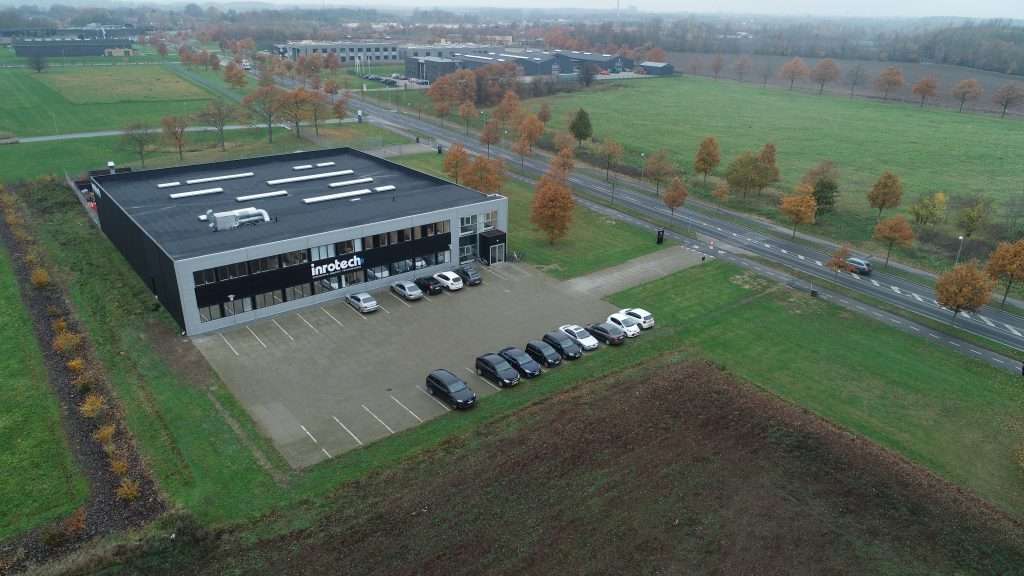 The management at Lindoe bought into the idea and had Flemming to build 10 such systems. They were employed in the production with great success.
Shipyards around the world started noticing the small mobile welding robots at Lindoe and made inquiries. That was the start of Inrotech.

After an exploratory phase marked by a high degree of excitement and creativity by a crew consisting primarily of engineers, Inrotech took a more professional direction in 2014: A CEO and a Sales Director came onboard as well as a professional Board of Directors. The trademark of Inrotech is still small and mobile robots, even the portfolio of standard products has now been expanded to include gantry solutions; still based on the no-programming philosophy. Inrotech was born out of the shipbuilding industry and shipbuilding still represents a main market segment together with market segments like: Off-Shore, Wind & Hydro and Heavy Industry in general.

Our team feel empowered to report concerns and we adopt a prevention mindset.

With dedicated detail-focused project quality inspectors, we get it right first time

One of our trademarks is Inrotech’s mobile welding robot solutions,
where you take the robot to- or even into- the object.

Get in touch with our team today