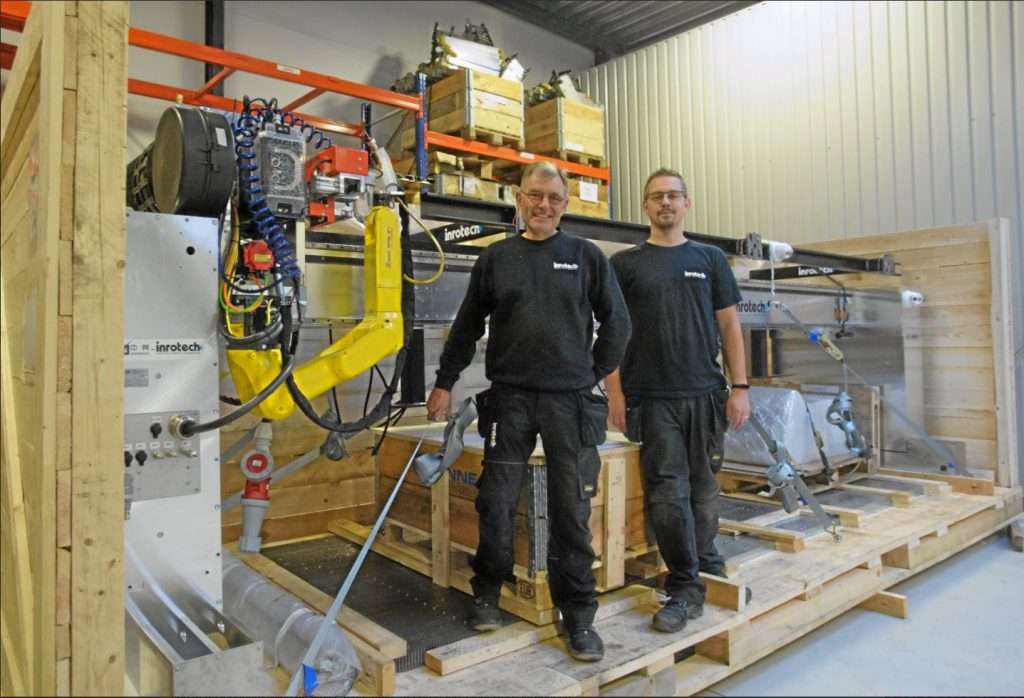 The corona crisis put an end to an otherwise promising year at Inrotech, but now there are prospects for new orders.

– It’s been a tough year so far. We got our first order two weeks ago. This is what Gert Jørgensen, CEO of the welding robot manufacturer Inrotech in Odense, says. It was an order to the Northern Irish shipyard Harland & Wolff.

– We had expected that the year would be our big year. There were two large orders that were going through. But they were put on “hold” by the corona, says Gert Jørgensen.

Suddenly, Gert Jørgensen and his colleagues could not travel around to shipyards all over the world to market Inrotech’s self-learning welding robots.
Still, Gert Jørgensen is optimistic. There are many indications that one of the two large orders will soon land at Inrotech.

– It has been eight dead months, but it is as if the market has woken up again. We get a lot of inquiries now, he says.

For the same reason, Inrotech has kept its staff at around 35 despite the decline.

– We have had to say goodbye to a few, but most of us have stuck to it. There is a long training period in our company, so we have to be careful about firing people, says Gert Jørgensen.

China and the United States are interesting
When Jern & Maskinindustrien is visiting Inrotech, a couple of employees are about to pack a MicroTwin robot ready for – of all places – a shipyard in Wuhan, China. Incidentally, it has to be flown to China, because the Chinese need to get started quickly. Together with other welding robots, it constitutes an order of DKK 10 million. kr.

– China is really moving. We expect a lot from the Chinese market, says Gert Jørgensen.

The US market is also interesting.

– We were on a trip to Houston last year, where we were in dialogue with six different shipyards. They were very interested in our technology, and we are in negotiations with one shipyard, says Gert Jørgensen.

On the other hand, there is not much activity in the European market.

Heavy industry
Shipyards are Inrotech’s main market, but the company believes that there are opportunities in many other heavy industries. For example, the company has entered the market for the construction of hydropower plants and has supplied welding robots to a German contractor who specializes in building hydropower plants.

– We are trying to enter the market for the construction of submarines. Our Crawler fits that task perfectly. We hope to receive the first order within a few months, says sales director Thomas Bøgner.